Unless You're an Orthodox Leftist, You Don't Get Free Speech Rights 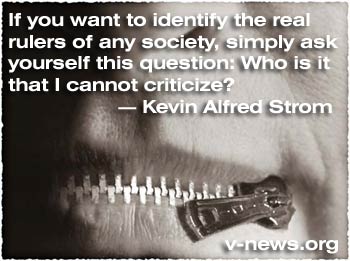 The anti-free speech Democrats\Leftists are at it again, banning speech. This happened a few days ago. Boxer Manny Pacquiao, after Obama became our first gay president by announcing he was for gay marriage (he was for it before he was against it and now he’s for it), said he thought marriage should be between a man and a woman.

That breaks with the Leftist group think orthodoxy; homosexual trumps heterosexual. Pacquiao was to do an interview at an LA shopping center named “The Gove”. Lots of celebrities go there, and apparently are allowed to since they adhere to Statist orthodoxy. The Grove’s vice-president of corporate affairs, Bill Reich, has banned Pacquiao from the premises. He said, “Based on news reports of statements made by Mr. Pacquiao, we have made it be known that he is not welcome at The Grove and will not be interviewed here, now or in the future.  The Grove is a gathering place for all Angelenos and not a place for intolerance.” Banning a Christian for having a belief different from Bill Reich and other Leftists is not intolerant though.

In the article from an interview with the “National Conservative Examiner” the author, Granville Ampong, added in the Leviticus line about homosexuality, which Pacquiao never mentioned, which set off the anti heterosexual marriage crowed (taking a page from the Leftist labeling handbook there). The response to the article was Pacquiao wants to kill homosexuals. No truth to it, but reported and acted upon anyway. The Left\Democrat Party is Big Brother.

Something not said, and not on the property of “The Grove” gets him banned from there. God forbid that anyone not agreeing with Statist orthodoxy would be tolerated by the ever so tolerant Left. The Left makes a huge effort to shut people down. There are websites dedicated to shut down Rush Limbaugh and Sean Hannity. The Left’s most recent attempt to drive Limbaugh out of business was when he made the “slut” reference to feminist activist (Sandra Fluke) who thinks government should pay for her contraceptives. He apologized both in print and on air. Not accepted by the tolerant, caring, forgiving Left.

It was reported that 45 sponsors canceled. It didn’t happen. Most of the sponsors were advertising on the affiliates, not directly on the Limbaugh program. Those that advertised directly on his show saw sales plummet, and asked to come back. Limbaugh said no. Two of them, ’s Berries and the ProFlowers continued to link to his show on their websites. Lawsuit to follow I’m sure. Of course the Jurassic Press didn’t report this, only that 45 sponsors canceled on his show, which they didn’t. Anything to promote Leftist orthodoxy and shut up the opposition.

Just a couple examples of the Left\Democrat Party being anti free speech. As they are anti second amendment, anti Christian, and anti assembly, unless it’s the Occupy movement or other violent Leftist protest groups.

Posted by Steven Dexter at 7:48 AM 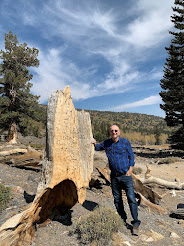 
" The Angel of the Annunciation" - Lorenzo Lotto